our greatest blessings come to us by way of madness Phaedr. 244a

as far as longing can reach

The common view of the pre-Socratic philosophers is that they stand at the beginning of Greek (and therefore Western) rationalism and science.
And so they do. But they also stood at the end of tradition, a life of the mind and the spirit that was intuitive and holistic. Men like Pythagoras, Heraclitus, Parmenides and Empedocles did not distinguish science from poetry or religious experience from philosophical understanding. They represent an older cultural type – in many way they resemble Siberian and American Indian shamans – that have disappeared from the Greek world in the classical period, and is perhaps not widely enough understood in our own time.

E.R.Dodds and others, following the lead of Swiss scholar Karl Meuli, have traced the outlines of a Greek shamanistic tradition that had contact with Asiatic shamanism in Scythia, was evidenced in the eastern Aegean rim and Crete, and crossed over to southern Italy in the sixth century B.C. with Pythagoras. Parmenides, from Elea in southern Italy, was in this line; and Empedocles, a Sicilian, was its last representative.

A shaman is trained to undertake hazardous spiritual journeys in order to exercise compassion and advance wisdom, and he often reports his experiences in the form of a song, chant, or poem. Parmenides’ poem closely resembles such a report, both in the details of the journey recounted in the prologue and in the substance of what the Goddess tells him, which is that the universe and our minds form a mutually committed whole. Dodds calls Empedocles’ fragments “the one first-hand source from which we can still form some notion of what a Greek shaman was really like” (The Greeks and the Irrational [1951], p 145). His understanding of the physical and the metaphysical universe was directed toward a personal transformation that enabled him to benefit others and realize his own liberation. Poetry was for both of them a natural, but practiced, means of expression. They were not philosophers who just happened to write in verse.

Alongside their poetic practice I think both Empedocles and Parmenides trained themselves in some kind of formal meditation practice, perhaps Pythagorean in origin, and that there are hints of what there was in the fragments. I have indicated in the Introductions what can be made of this. The historical record, scant at best for both Parmenides and Empedocles, is not helpful here. But their poetry exists; it can be pieced together still, and through the pieced vision we can understand something of their minds.
~ From the Preface, PARMENIDES AND EMPEDOCLES, The Fragments in Verse Tradition, by Stanley Lombardo

There was also a famous Orphic poem, written by a Pythagorean in southern Italy. Hardly any traces of it have been allowed to survive. It presented Orpheus making his journey to the underworld in another state of consciousness, in a kind of dream. And the poem described him as making one major discovery that he brought back to the world of the living. This was the fact that Apollo shares his powers with Night. ~Peter Kingsley

THE MARES that carry me as far as longing can reach
rode on, once they had come and fetched me onto the legendary
road of the divinity that carries the man who knows
through the vast and dark unknown. And on I was carried
as the mares, aware just where to go, kept carrying me
straining at the chariot; and the young woman led the way.
And the axle in the hubs let out the sound of a pipe
blazing from the pressure of the two well-rounded wheels
at either side, as they rapidly led on: young women, girls,
daughters of the Sun who had left the mansions of Night
for the light and pushed back the veils from their faces
with their hands.

These are the gates of the pathways of Night and Day,
held fast in place between the lintel above and a threshold of stone;
and they reach up into the heavens, filled with gigantic doors.
And the keys — that now open, now lock — are held fast by
Justice: she who always demands exact returns. And with
soft seductive words the girls cunningly persuaded her to
push back immediately, just for them, the bar that bolts
the gates. And as the doors flew open, making the bronze
axles with their pegs and nails spin — now one, now the other —
in their pipes, they created a gaping chasm. Straight through and
on the girls held fast their course for the chariot and horses,
straight down the road.

And the goddess welcomed me kindly, and took
my right hand in hers and spoke these words as she addressed me:
'Welcome young man, partnered by immortal charioteers,
reaching our home with the mares that carry you. For it was no hard fate that sent you travelling this road — so far away
from the beaten track of humans — but Rightness, and Justice.
And what's needed is for you to learn all things: both the unshaken
heart of persuasive Truth and the opinions of mortals,
in which there's nothing that can truthfully be trusted at all.
But even so, this too you will learn — how beliefs based on
appearance ought to be believable as they travel all through
all there is. 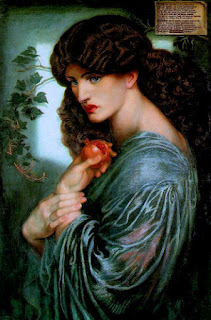 
note: according to Orphic fragment 30.67, Persephone is the mother of Dionysos. Penetrate that symbol.


The Fumigation from Storax.
Bacchus [Dionysos] I call, loud-sounding and divine, fanatic God, a two-fold shape is thine: Thy various names and attributes I sing, O, first-born, thrice begotten, Bacchic king: Rural, ineffable, two-form'd, obscure, two-horn'd, with ivy crown'd, euion, pure.
Bull-fac'd, and martial, bearer of the vine, endu'd with counsel prudent [Eubouleos] and divine:
Triennial, whom the leaves of vines adorn, of Jove [Zeus] and Proserpine [Persephoneia], occultly born.
Immortal dæmon, hear my suppliant voice, give me in blameless plenty to rejoice;
And listen gracious to my mystic pray'r, surrounded with thy choir of nurses fair. ~trans Thomas Taylor

thanks for suggesting us, Open Source!

Words whisper, carrying more than one might know, hypostases, rather than mere understanding. Words grow from roots, spawn families, travel and mingle, get lost, get found, and often marry the strangest bedfellows. Like our bodies, our ideas, and our culture, words evolve, handed down to us from a place beyond memory. As the warp and woof of language, words possess the magic to shape the immaterial into the solid things of psyche ~From my intro to AO's The Archives of the Heart