Shown to me were reproductions of two paintings by the Spanish master Pedro Berruguete depicting scenes from the life and works of St. Dominic. The originals hang in the Prado in Madrid.4 In one, heretics are being burned. The pyres are beginning to catch fire; the victims are bound to stakes so that they cannot escape, and soon they will be living torches. The second picture shows St. Dominic busy burning books; already the parchments are smoldering. One book, however, rises high in the air: Having found the favor of the God of Rome, it was spared.

I bought Martin Luther’s translation of the Bible in the rue de la Seine because I wanted to read the Book of Isaiah again. In it, he explains how Lucifer fell from heaven and was damned by Yahweh:

How have you fallen from the heavens, O glowing morning star; been cut down to the ground O conqueror of nations? For thou hast said in thine heart, I will ascend into heaven, I will exalt my throne above the stars of God: I will sit also upon the mount of the congregation, in the sides of the north: I will ascend above the heights of the clouds; I will be like the most High. Yet thou shalt be brought down to hell, to the sides of the pit. But thou art cast out of thy grave like an abominable branch, and as the Raiment of those that are slain, thrust through with a sword, that goes down to the stones of the pit; as a carcass trodden under feet. Thou shalt not be joined with them in burial, because thou hast destroyed thy land, and slain thy people: the seed of evildoers shall never be renowned. Prepare slaughter for his children for the iniquity of their fathers; that they do not rise, nor possess the land, nor fill the face of the world with cities. The LORD of hosts hath sworn, saying, Surely as I have thought, so shall it come to pass; and as I have purposed, so shall it stand: This is the purpose that is purposed upon the whole earth: and this is the hand that is stretched out upon all the nations. For the LORD of hosts hath purposed, and who shall disannul it? and his hand is stretched out, and who shall turn it back? I am the LORD, and there is none else, there is no God beside me: I girded thee, though thou hast not known me: That they may know from the rising of the sun, and from the west, that there is none beside me. I am the LORD, and there is none else. I form the light, and create darkness: I make peace, and create evil. Woe unto him that striveth with his Maker! Let the potsherd strive with the potsherds of the earth. Shall the clay say to him that fashioneth it, What makest thou? or thy work, He hath no hands? Woe unto him that saith unto his father, What begettest thou? or to the woman, What hast thou brought forth?5


While Martin Luther’s German-language translation of the Bible refers to God as “Herr Zebaoth” or “Yahweh Zebaoth,” the King James Bible translates the term into English as “Lord of the Hosts.” Zebaoth or Lord of the Hosts comes from the Hebrew YHVH Tzva’ot, which is a clear reference to sovereignty and military power. Curiously, the term never appears in the Torah, although it is used in the prophetic books of Isaiah, Jeremiah, Haggai, Zechariah, and Malachi, as well as many times in the Psalms and in the Apocalypse. There is some confusion: Does it indicate the Lord of Israel, or some other cosmological demiurge? In the Gnostic scriptures of the Nag Hammadi text, Zebaoth is the son of Yaltabaoth. Perhaps this is explained by the Latinized spelling of Sabaoth, which led to him being confused with the god Sabazius. 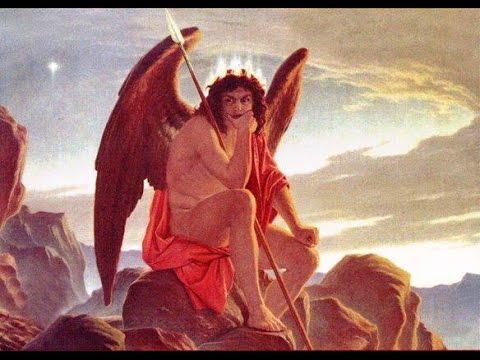